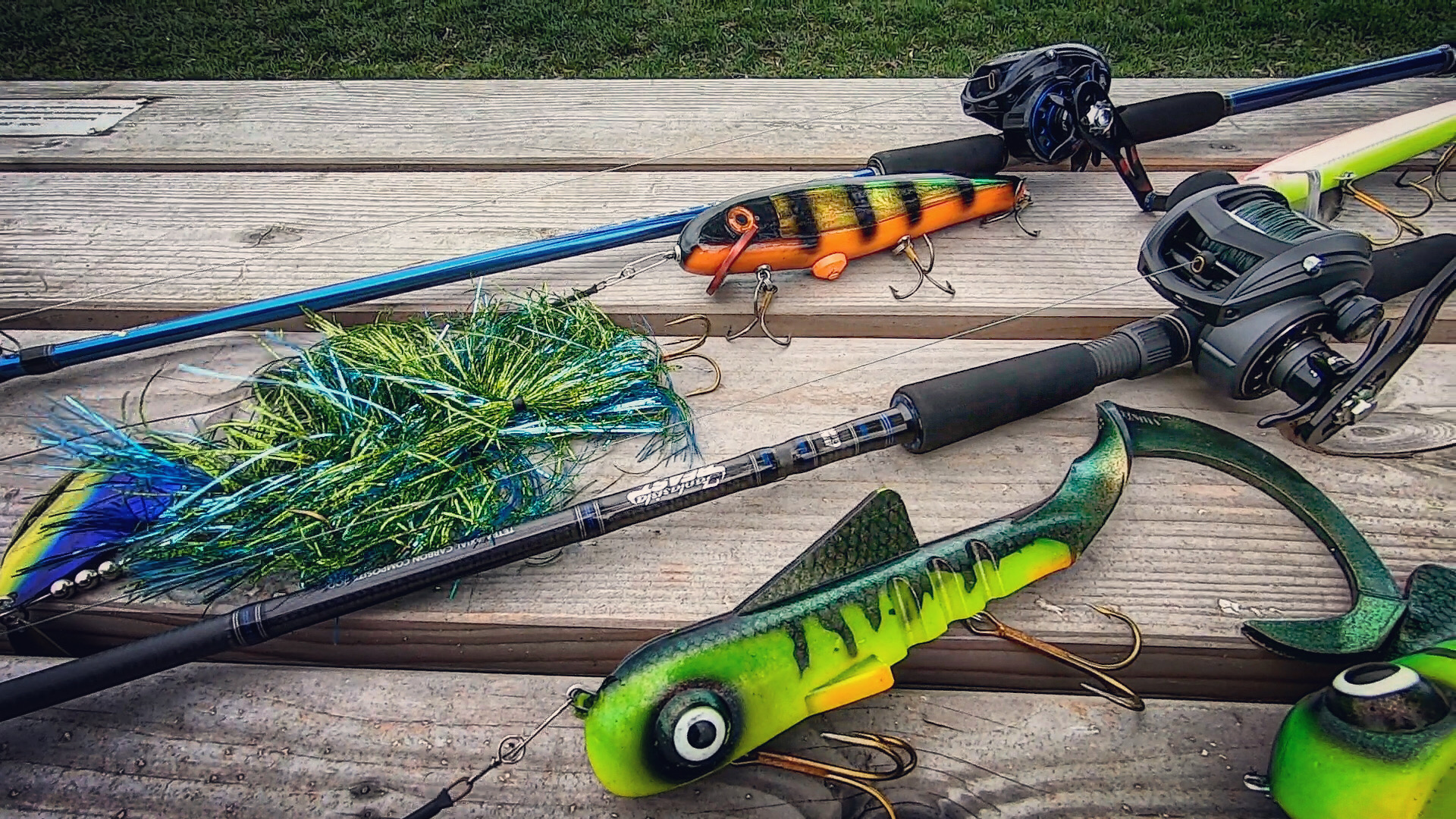 When it comes to fishing for Esox, in this case, Pike, there is a wide variety of tackle that can be used. Where most anglers fish for Pike ”Pike style”, the author of this website likes to fish ”Muskie style” which means Big baits, heavy rods, strong line, and top-class reels. The last thing, probably the most overlooked thing in Esox fishing. Throughout the season, the absolute best materials are used to track down Giant fish. Although also smaller baits come into the picture, it’s usually the Bigger ones that fly around. And for this, you’ll need something that can withstand the test of time, the constant grinding on the water, the harshest environments. You’ll need an Abu Garcia Revo Toro Beast!

Fishing, in my life it’s all about The One. During my days on the water, I’ve had the luck of catching several Giant Pike already. No year is the same, and therefore there are no guarantees. You can only be ready when the Big One comes right? In the last 25 years, I’ve fished a lot of Abu reels, in fact, pretty much every model out there has been touched. For many seasons, I’ve been using the Abu Garcia C3 Ambassadeur, which was and still is one of my absolute favorites. It’s a great trolling reel, has a clicker, and because of the round profile, it fits practically any rod holder. The price point is also something to consider because for around 120 bucks you’ll get a whole lot of reel for your money. But then again we are constantly targeting Big fish here, and it’s a grind. Holding a round reel in your hand all day, casting that is, can be very tiring. It’s also not as quite comfortable as a low profile reel is. Luckily a few years back in 2015, the Revo Toro Beast came to the light, and it basically changed the way I fished. Now, for 2020 Abu Gacia has released a Brand New model, called the Revo Toro Beast T3! 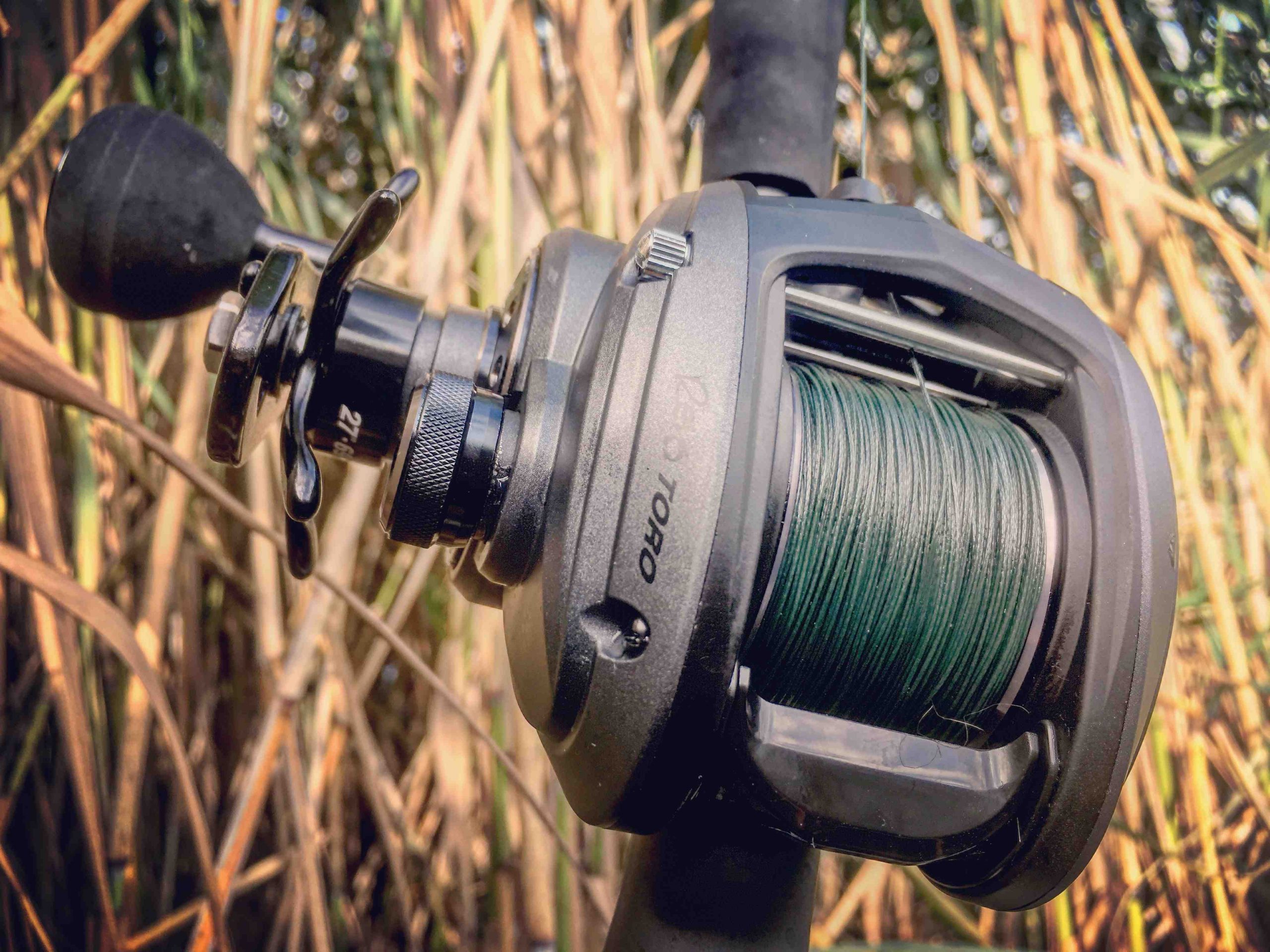 The Revo Toro Beast T3 again is a low profile reel. These days only a 61 model is available in two different gear ratios (4:9:1 & 6:2:1) The slower speed is exceptional for trolling bigger crankbaits Head or Mattlocks for example, a Phantom HEX, and heavy-duty lures that pull hard and needed to be reeled in with force. The faster size is great when fishing Big rubber, like a Musky Innovations Pounder Bulldawg, or reeling in fast, burning bucktails such as Musky Mayhem Double 10 Cowgirls, jerk baits like Suick Thrillers and more. So basically you can get away with one model, but I’d suggest buying two. Doing this, you’ll cover the entire spectrum of modern days Muskie & Pike fishing all in one time! The Abu Garcia Revo Toro Beast is like the name already states, a true workhorse. Over the years, I’ve beaten the heck out of them, and they have been constantly grinding on Big baits and fish. I own 6 of them, and to some people, this might sound a bit extreme but ever single Muskie rod that I own and fish for Pike, it has got one attached to. The reels are very good, and the quality is just simply outstanding!

The ”older” and the previous model of the Abu Garcia Revo Toro Beast was already a true workhorse and a high-quality reel, but for the new year of 2020, Abu Garcia has stepped up its game! Abu Garcia has done a major upgrade to the internal gearbox of its new reel and has changed the overall looks on the reel. The reel now has a matt grey finish, which looks great on any rod color, and an important detail of change is the redesigned line guide. The line guide has been placed much more to the front, and the opening of the guide is also smaller. This combination and feature enables you to cast further, and also the line has less of a wander in a cast. This enables you to cast way more accurate, further, and overall it performs just better. Also, one of the biggest changes that Abu Garcia has done but cannot be seen from the outside, is that they have changed the internal gearbox. When you first take this reel out of the box and bring it to the water, you can immediately feel the difference. In fact, it reels big baits in much smoother, and during a cast, the overall performance of the reel is just better. Especially on the slower gear ratio, the 4:9:1, you can feel this difference. Now, when reeling in double-bladed bucktails, or fishing large soft baits, you can truly feel the power this reel has to offer! 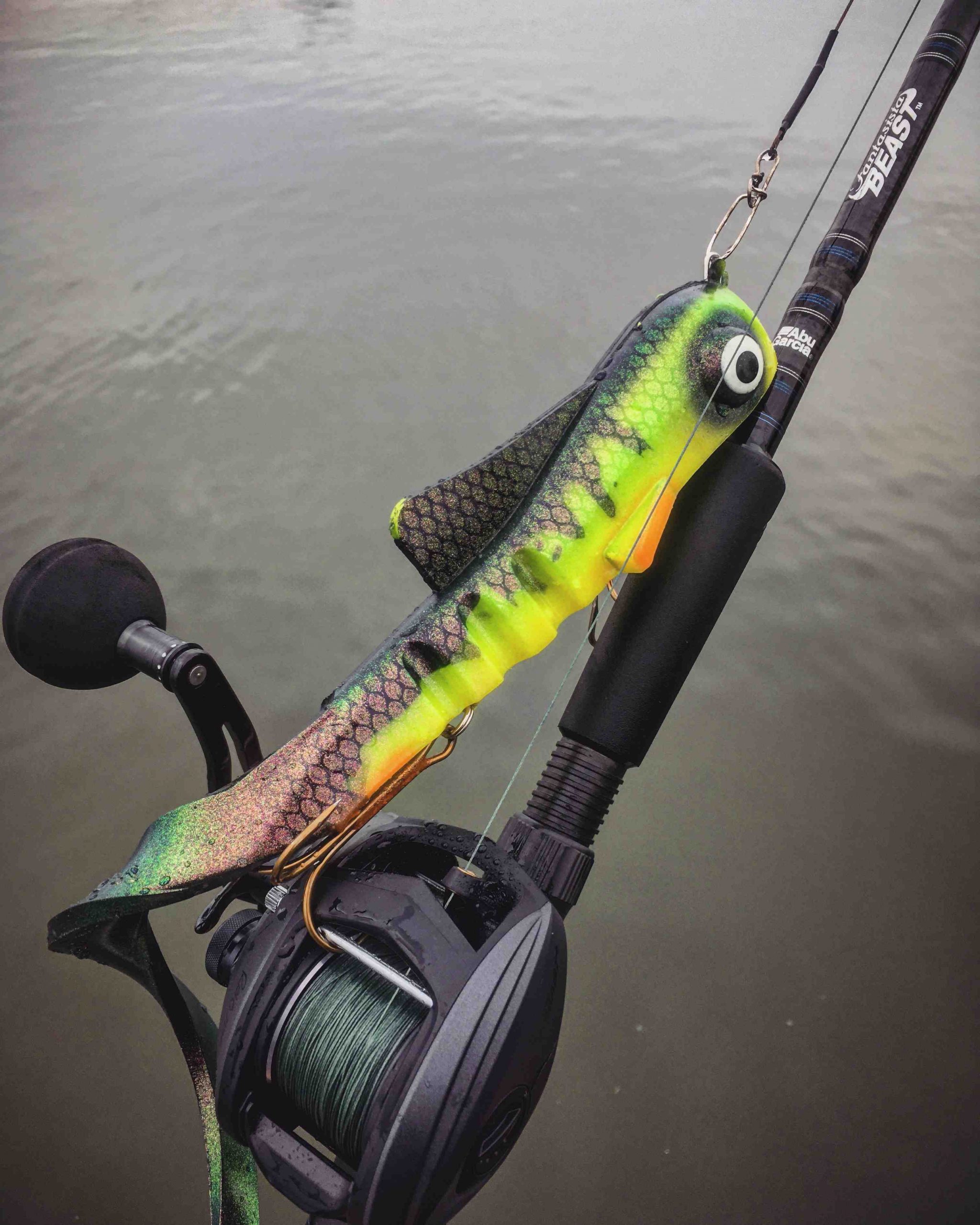 The NEW Revo Toro Beast replaces its old successor and the already existing Toro S. Like I said, it comes in two different gear ratio’s but the 61 model in slower gear comes with a single jigging power handle, and the faster gear ratio has a double handle. I personally really like the jigging power handle, it brings your hand closer to the reel for maximum strength and cranking power. It is just another super high quality product that Abu Garcia has put out on the market yet again!

If you want to know more about this awesome product, Check out the video down below