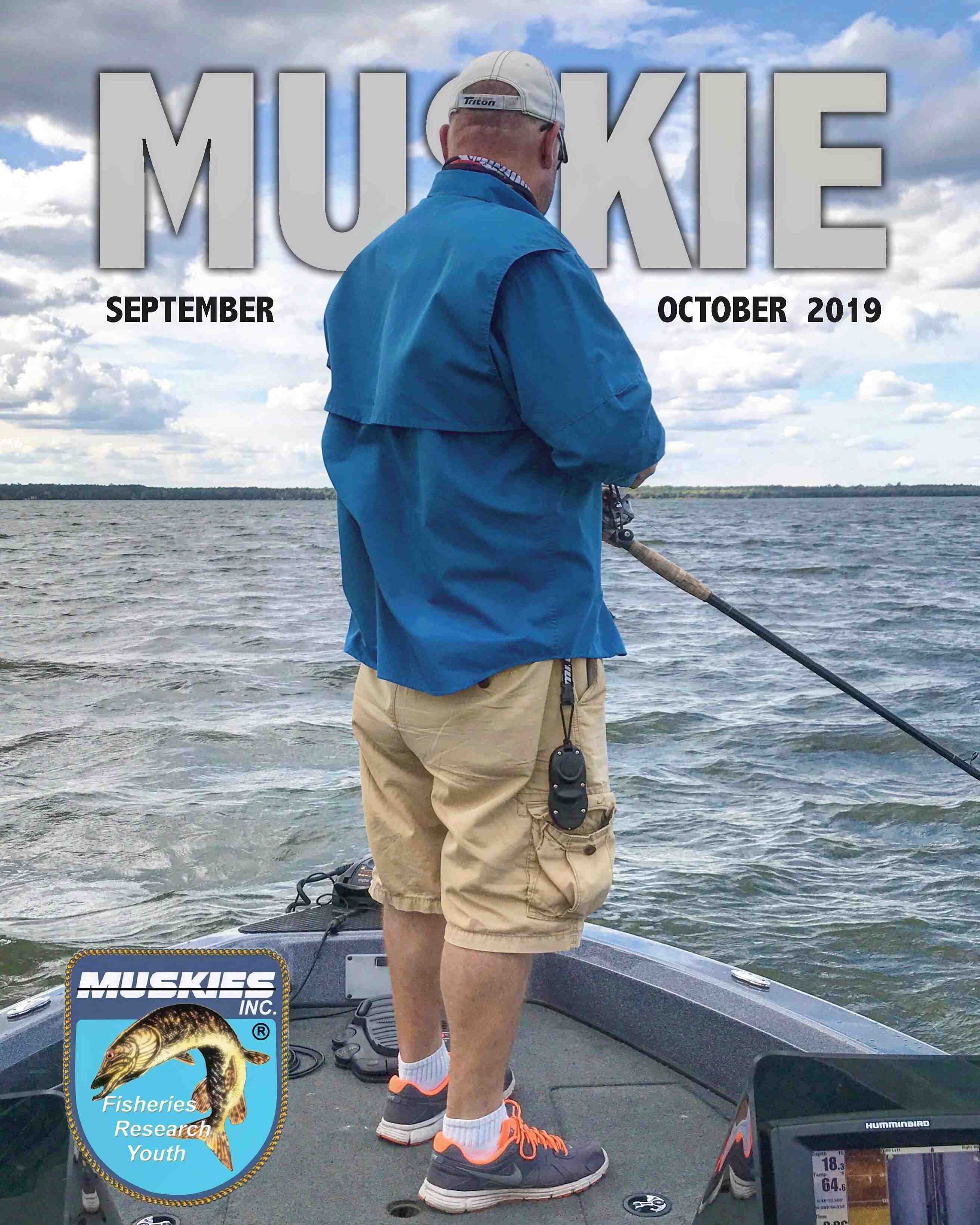 Muskies Inc. is the largest organization in the world dedicated to the conservation of Muskellunge and the enjoyment of Muskellunge fishing. Our organization was formed in 1966 to conserve, protect and restore Muskellunge fisheries in North America. We currently have 55 chapters and about 6,500 members. Most of our members are from the USA (representing 39 of 50 states) and we have a number of members from Canada (representing Ontario and Quebec). We welcome members from any country. We would like to add more anglers who love to fish for large members of the Esox family!

You can become a member by clicking on the Join Us link at the top of the front page of our website: www.muskiesinc.org

One of the best benefits of membership is by interacting with other members through chapter events. Even if you don’t live close to a chapter you can catch-up on local activities in MUSKIE, the official publication of Muskies, Inc. MUSKIE is published bi-monthly. Every member of Muskies, Inc. has access to MUSKIE. The most economical membership plan is our “Web Only” option. For just $35 per year, you get access to the on-line version of MUSKIE. This is especially good for members who don’t live in the USA as it eliminates extra mailing fees for the printed version of MUSKIE. Web Only members can affiliate and participate with the chapter of their choice.

Another of the top benefits of membership is gaining access to the Lunge Log. The Lunge Log is a standardized voluntary reporting system through which members of Muskies, Inc. register Muskellunge they catch and by doing so participate in an annual Members Only Fishing Contest (MOFC). Instead of harvesting a Muskellunge, members can opt to receive a release certificate and patch and have their released fish recorded in the Lunge Log. Lunge Log entries are used to determine the standings in the annual MOFC. Contest updates and related stories are highlighted in MUSKIE Magazine. Each year four anglers win replicas of their released Muskellunge provided by Muskies Inc. in partnership with Fittante Replicas and Lax Reproductions. The replica recipients are the anglers who have released the longest Muskellunge in each of the four main MOFC divisions (Youth, Women’s, Men’s and Hybrid). The recognition provided by Muskies Inc. and its chapters and the positive peer pressure among our members has been two essential elements leading to the major paradigm shift towards catch-and-release fishing for Muskellunge. Fisheries managers have capitalized on angler support of catch-and-release and have implemented management strategies and regulations to promote the sustainability of Muskellunge populations.

Information from History of Muskies, Inc. – The First Twenty Six Years of Progress (Benson 1993) helps to put the paradigm shift in perspective. In the 1960s Muskellunge fishing was a catch-and-kill sport and the few Muskellunge tournaments being held were based on the weight of harvested fish. In 1967 Muskies, Inc. initiated the MOFC to help attract and retain members, and in 1968 the catch-and-release concept was promoted. In 1970 a “release category” was added to the MOFC and that year was the first for which records were saved for the database now known as the Lunge Log.

The number of Lunge Log entries has grown from 58 Muskellunge reported in 1970, with 31% percent released, to an average of about 15,000 reported per year for the past decade with 99.9% released. One of the most exciting trends documented by the Lunge Log is that Muskies Inc. members have reported increasing numbers of 50-inch Muskellunge over the past 20 years. Since 1997, over 95% of those big fish have been released and in the past 5 years, nearly 100% have been released. 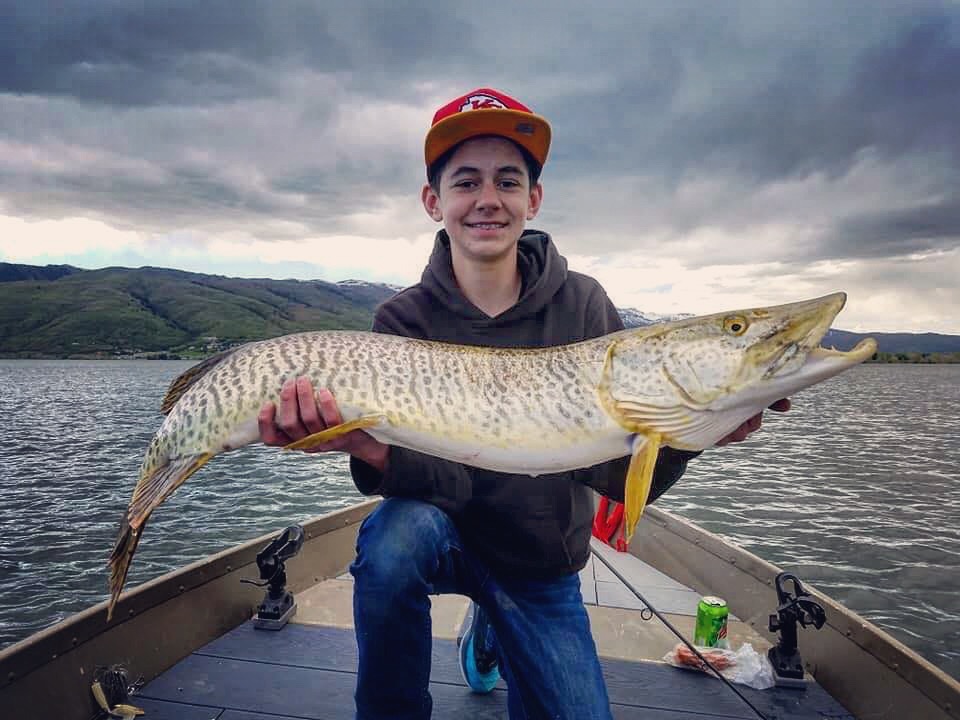 Large, long-term databases focused on Muskellunge are extremely rare. The Lunge Log database contains over 409,000 entries, with up to 28 data fields per entry, so it serves as a valuable resource to many scientists, fisheries managers, and to our members. Records can be sorted by many key variables including waterbody, date, lure types, length of muskies, etc. 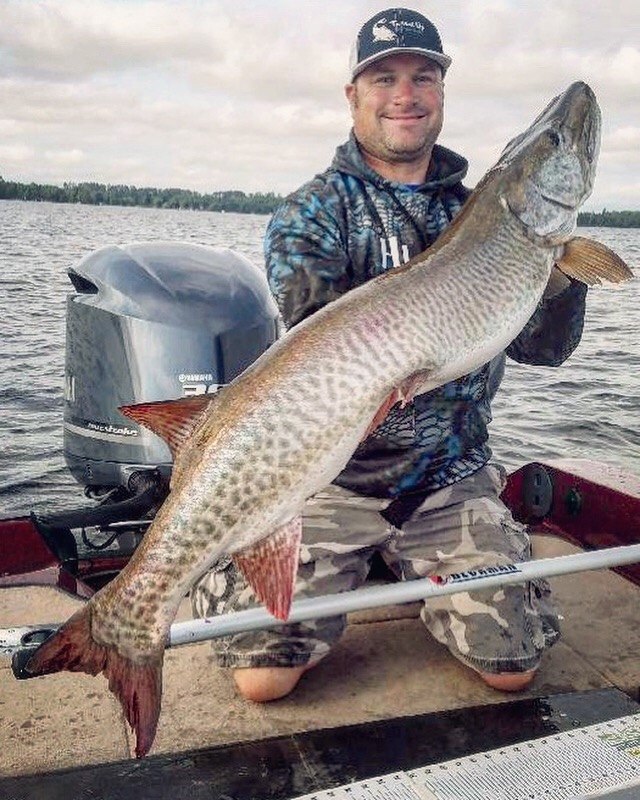 The number of Muskellunge released and reported by Muskies Inc. members for the two time periods was approximately the same. However, there were considerably more Muskellunge over 46 inches in length reported during the recent period, primarily because there are now more populations with more large Muskellunge due to successful fisheries management and effective catch-and-release.The release of more than 409,000 Muskellunge, documented by the Lunge Log, is probably the most important contribution Muskies Inc. members have made to protect Muskellunge fisheries in North America.

Muskies, Inc. chapters are quite involved with activities for young anglers. We realize that our youth are the future of our fisheries (and our organization).

If you want to learn more about Muskies, Inc. please check out our Facebook page https://www.facebook.com/Muskies-Inc-118841754815660/ or visit our website: www.muskiesinc.org

Table 1. Number of Muskellunge caught and release statistics for all fish and fish ≥50 inches that were reported to the Lunge Log during 1970-2015.