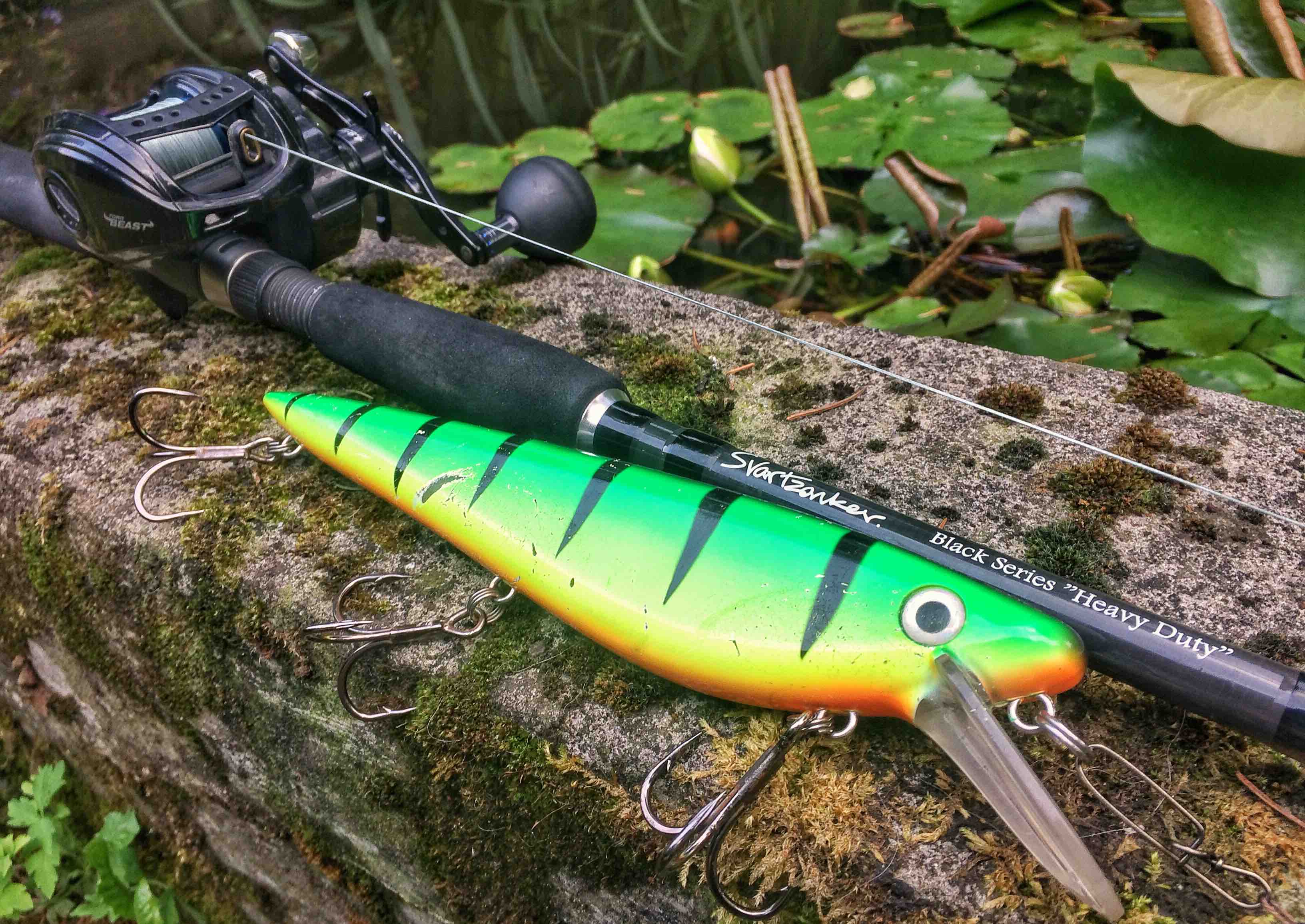 It doesn’t matter if you are a Muskie or Pike angler, we all have one thing in common, and that is we all need a rod to fish with. Svartzonker, the World Famous fishing company from Sweden owned by Claes Claesson, has now brought something really special to the light: The Svartzonker ”Black Series Musky rods”. There are two brand-new models coming out. The ”All Duty” and ”Heavy Duty” Musky rods. The Svartzonker Black Series Musky Rod in the “Heavy Duty” model is the perfect rod for the larger Muskie baits in your tackle box. Be it a large rubber bait or a double 10 bucktail, the “heavy duty” will get the job done, and does what it’s designed for, catching Big fish!

In Europe, many anglers have been in search of good quality heavy rods when it comes to fishing for Pike for a long time. Most brands out there bring out rods that are designed for one thing, and one thing only, and that is fishing for Pike. Believe it or not, the majority of the fishing rods that are available to the public on the market today,  don’t even go half way up-to what the rods for the USA and Canadian Muskie market are capable of. And that’s always been a serious problem, especially if you are a hardcore Pike angler and a fan of casting or trolling XXL baits. But as the saying goes: ”There is light on the end of the horizon” and this problem has now been solved.

The Svartzonker Black Series ”Heavy Duty” Musky rod is a rod that is specifically designed to throw weights upto 16oz, or 453grams.There are two models essentially. One for the USA / Canadian market that comes in a split grip version, and a full EVA grip version for the European market. The rod is 9’1ft in length, which makes it a perfect partner to fish all day long with large and heavy baits. Because of it’s length, you’ve got a tremendous amount of power, and believe me, you’ll feel it! The rod blank is made from a mix between 24ton and 30ton carbon fibres, which makes it an incredible strong rod. The reel seat is Fuji, and it’s equipped with 10 sea guides througout the whole blank, and to top things off, it has a tungsten Fuji heavy rod tip. It has a nice foregrip for those who like to troll with the rod under their arms all day, and the EVA handle gives enough comfort to fish all day. The end of the rod is nicely covered with a Fuji but cap, and just above that the handle is slightly thicker which ensures you to have a firm grip on the cast. It weights 356 gram and probably one of the most important thing, it’s a 2-piece rod, so you’ll never have to worry about transporting a rod this size ever again. It fit’s into any rod locker or car, which makes this a highly convenial fishing machine! 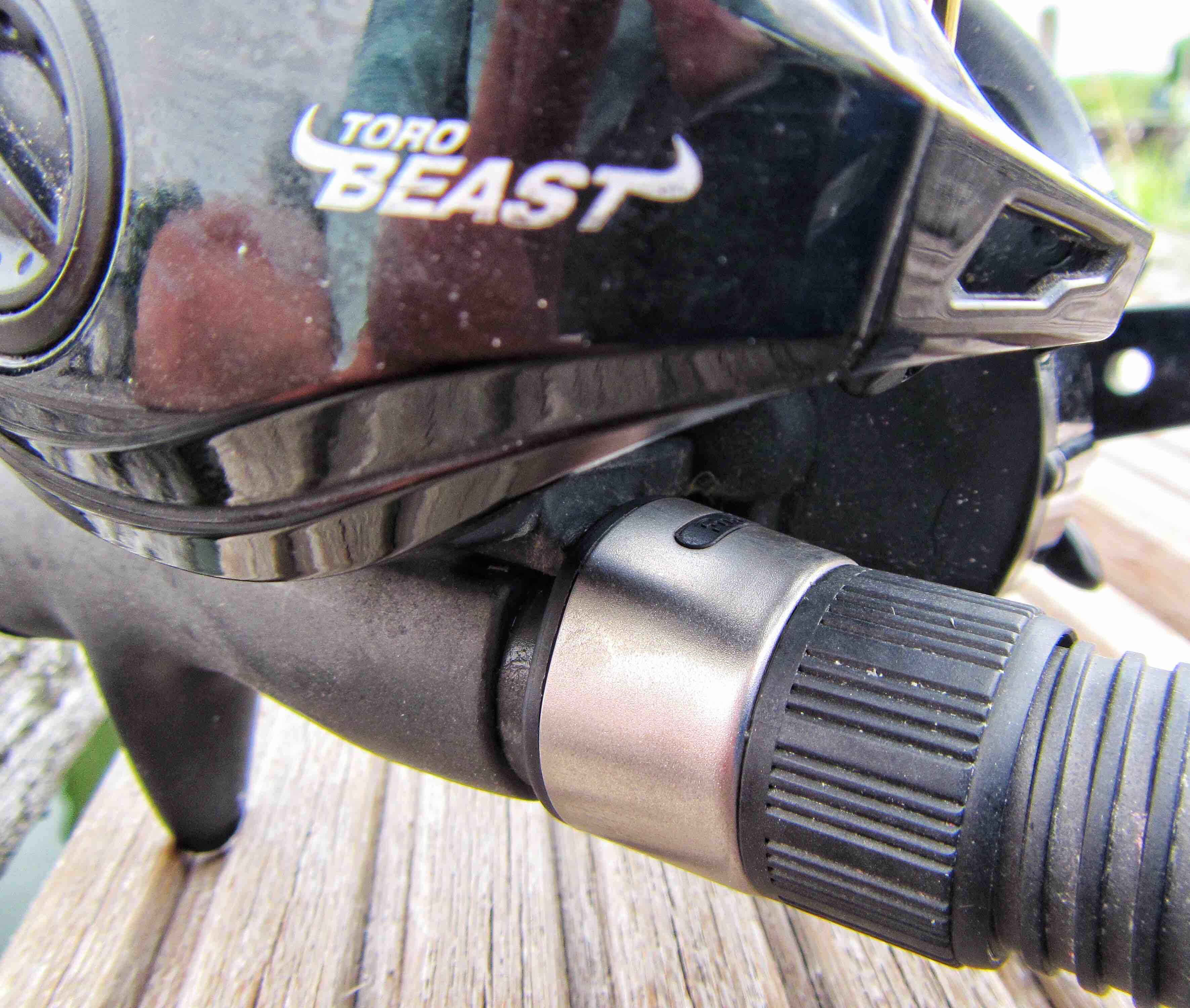 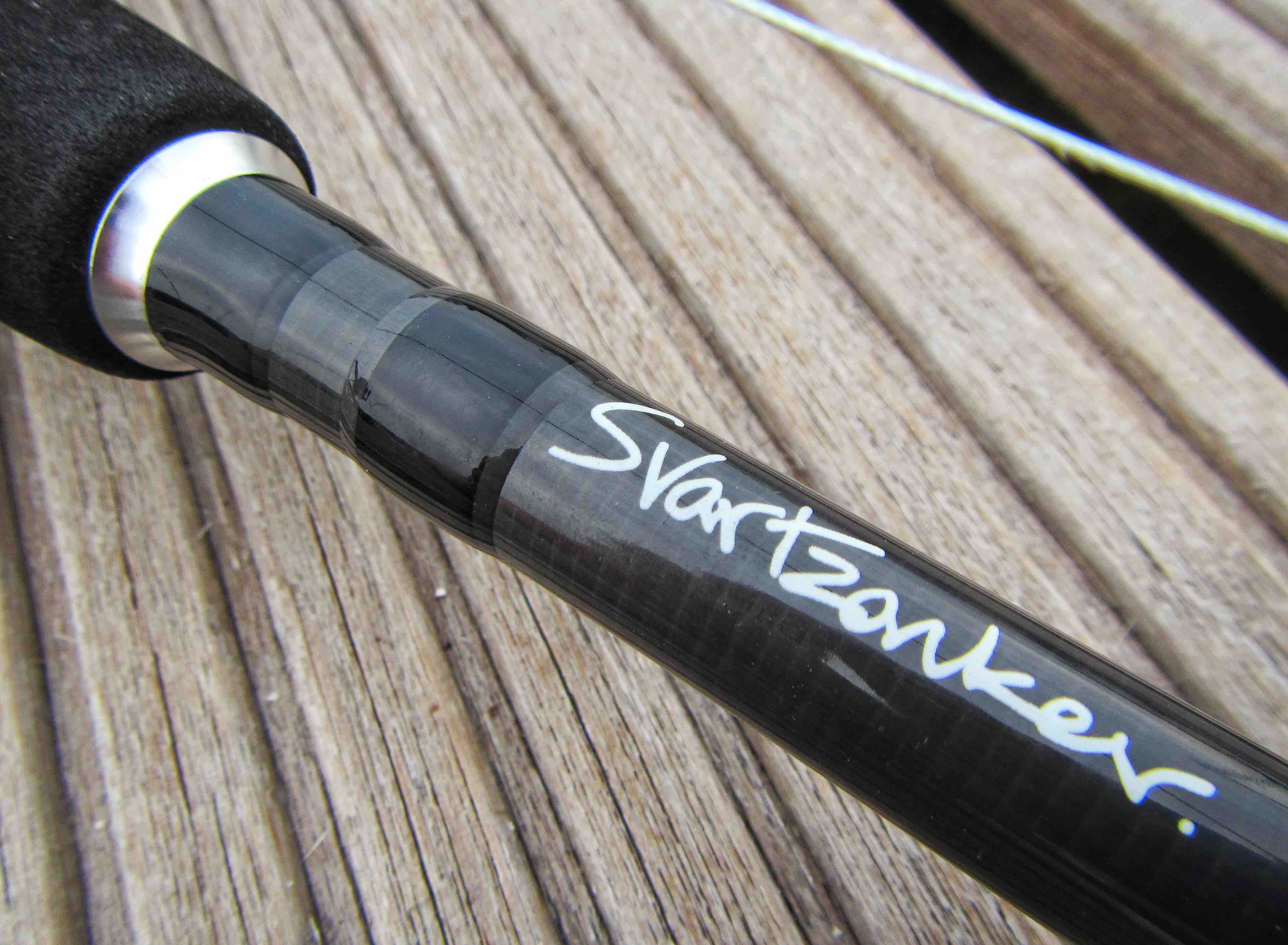 ”Nice finish from the EVA grip to the blank” 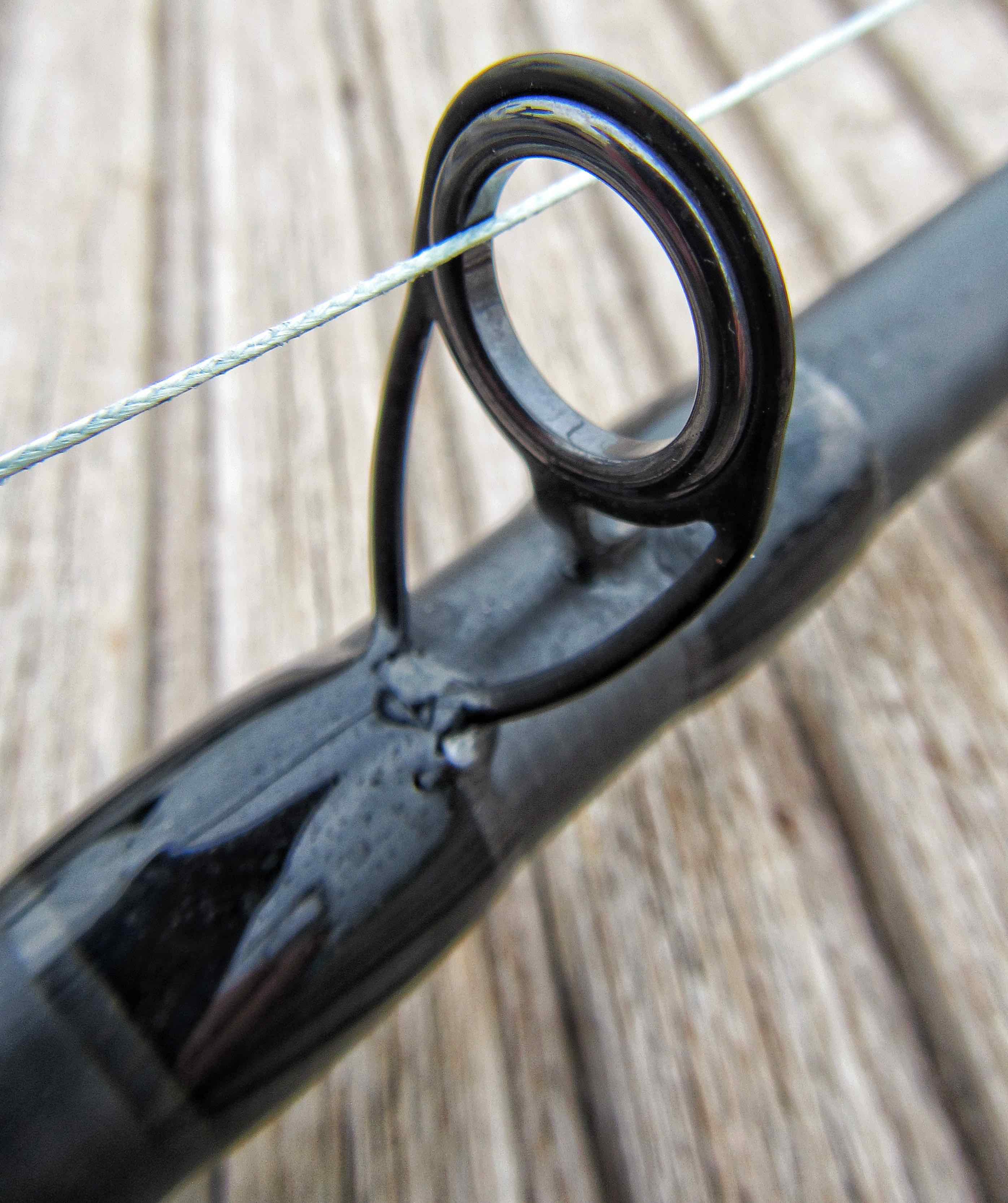 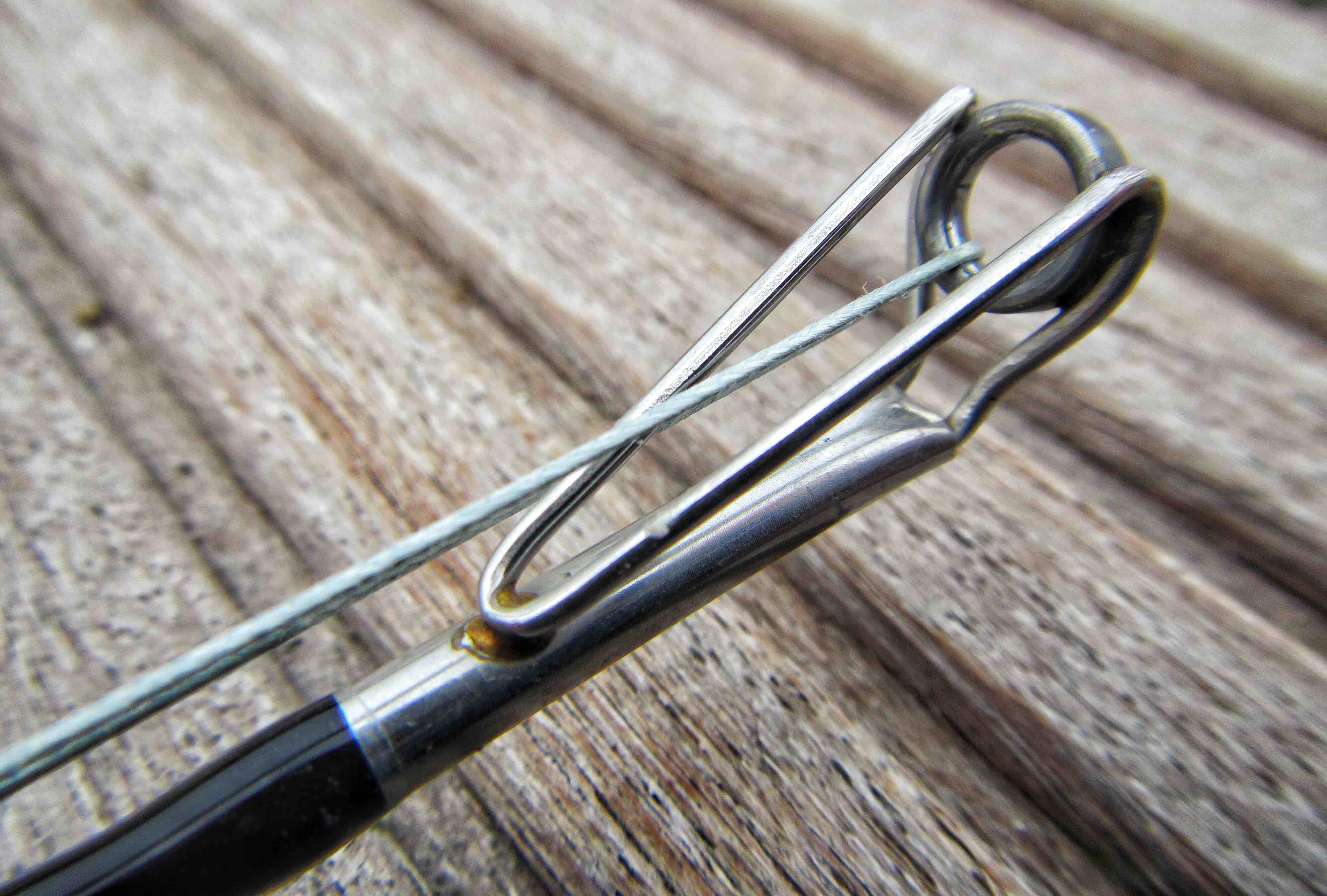 The Svartzonker Black Series ”Heavy Duty” Musky rod has got it all. Personally I’m a huge fan of 9ft rods. A longer rod gives you so much more room to play around and the possibilities are just endless here. You can either cast, troll, crank, jerk, deadbait, livebait, or even jig, and do this all with one rod! But it’s mostly trolling or casting where this rod excels. Despite the casting weight and stiffness it has a really nice curve. Unlike any other rods out there on the market that carry out these specifications, it has a fast action, but in a gentle and more moderate way. If you put enough pressure, it will actually bend far down to the 3rd eye from the reel seat, which makes it very forgiving when it comes to handling Monster fish. You might expect that despite the casting weight, this rod is very stiff and heavy, but it’s actually the right opposite. Due to the action and power that has been put into this rod, you’ll get a firm hookset, even when fishing with large baits long distance. And that’s a great thing, because it means less missed fish, and more catches during your time on or near the water! It’s safe to say, that the overall length, casting weight and action are perfectly balanced here.

When it comes to casting, that’s what this rod is really good at, and I mean Really good! Like I said, due to it’s length, you’ve got a huge leverage and it enables you to cover a large amount of water in a relatively short amount of time. I cannot say it enough, but this rod has got so much power build into it, it’s just unreal. Even more when you think about the price range it comes in. In Europe it retails for €100, and in the USA / Canada for $149. Now you can’t say that for alot of similair priced rods out there. During the testing days, I have been casting all kinds of different baits around. Large profile jerkbaits / swimbaits, such as a 10” Suick Thriller, or a 12” Revolution Shad and with XXL softbaits like the Pounder Bulldawg, 32cm Savage Gear 3D roach or 30cm Line Thru Trout MS or SS versions, it doesn’t matter this rod can handle it all! During the design stages they have put a slightly longer rod handle below the reel seat, so you can really hit hard when casting these large baits for any kind of Esox. The foregrip enables you to fish comfortably all day, and if you pick a reel that’s not too heavy, you’ll have a perfectly balanced setup. 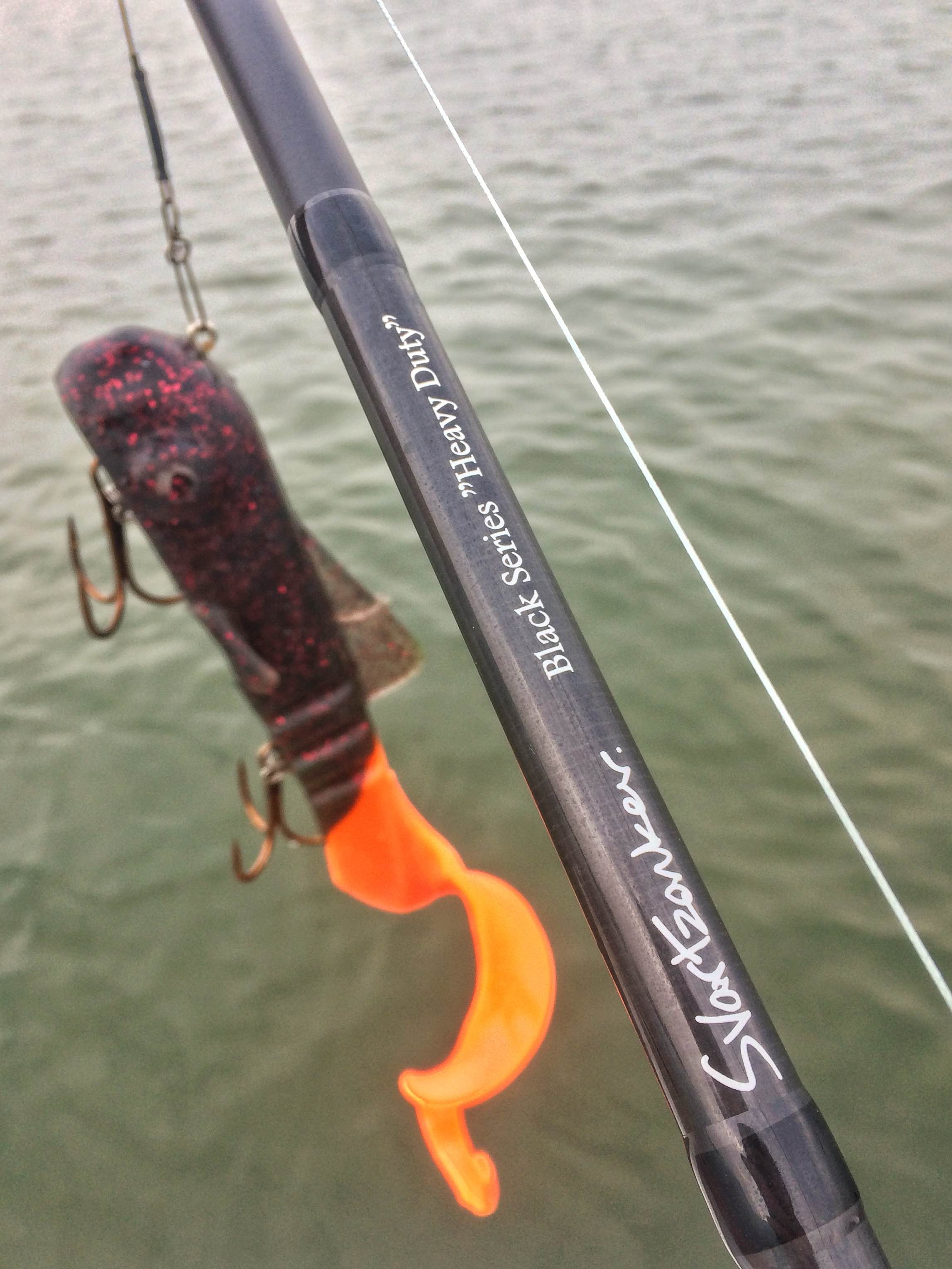 ”XXL baits like the Bulldawg Pounder can now go airborne”

During one of the first testing days, I was trolling a 10′ Musky Armor Krave and around 4mph. I had installed a 61LH Abu Garcia Revo Toro Beast reel on the rod, with 100lb Berkley Whiplash Pro. Trolling any large crankbait this speed, requires a powerfull blank. Especially because I usually fish far behind the boat. Because the rod is 9’1ft in length, it gives you as the angler a tremendous amount of power and leverage. Hooking any fish outside the 30 yards range or more has always been a struggle. Untill now, because the Black Series ”Heavy Duty” will get the job done. Whenever you’ll get a strike, and set the hook, you can do it with much confidence and use a tight drag, because the rod will hammer those hooks into the jaws of the Esox you’re after, and the action will take over to ensure a succesfull landing.The lower section of the rod gives you the power to set the hook hard, and the tip section will receive the shocks from the heavy fighting that takes place when hooking into a big fish.

If you don’t have alot of money to spend, but you want something that fits right into your very own specific style of Muskie or Pike fishing and can handle baits all the way from the mid sections upto 16 ounces, then this rod is for you. I’m sure you won’t be dissapointed buying one. It surely opens a new window for all the hardcore Pike anglers out there in Europe, the UK, Russia and Ireland. Baits that were recently unable to be casted into the air, can now go airborne. If you are looking for a quality fishing machine, that has got it all, and so much more, look no further but order the Svartzonker Black Series ”Heavy Duty” Musky rods. I’m sure you’ll love it, and it’s only a matter of time before you’ll set your hooks into a Monster! 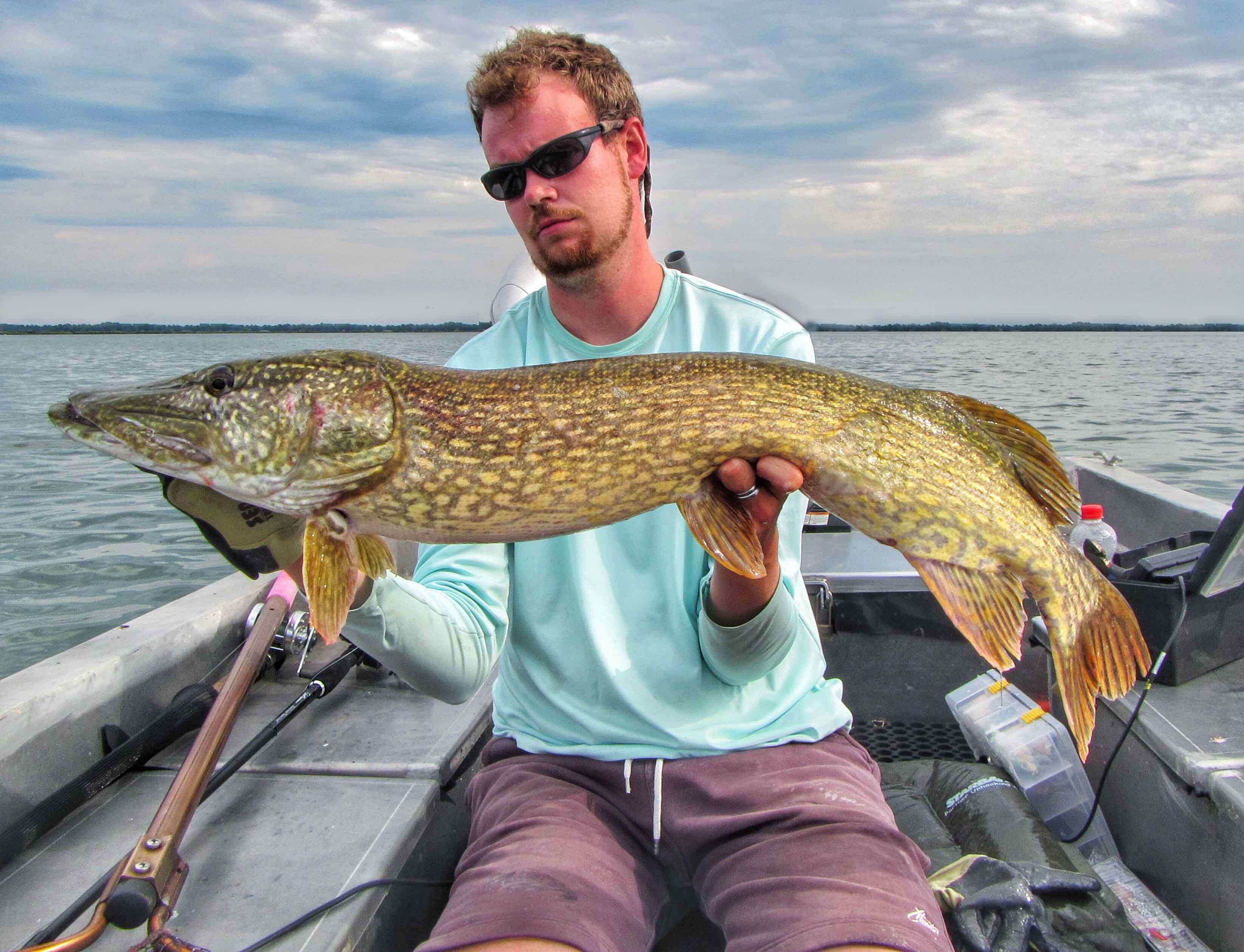