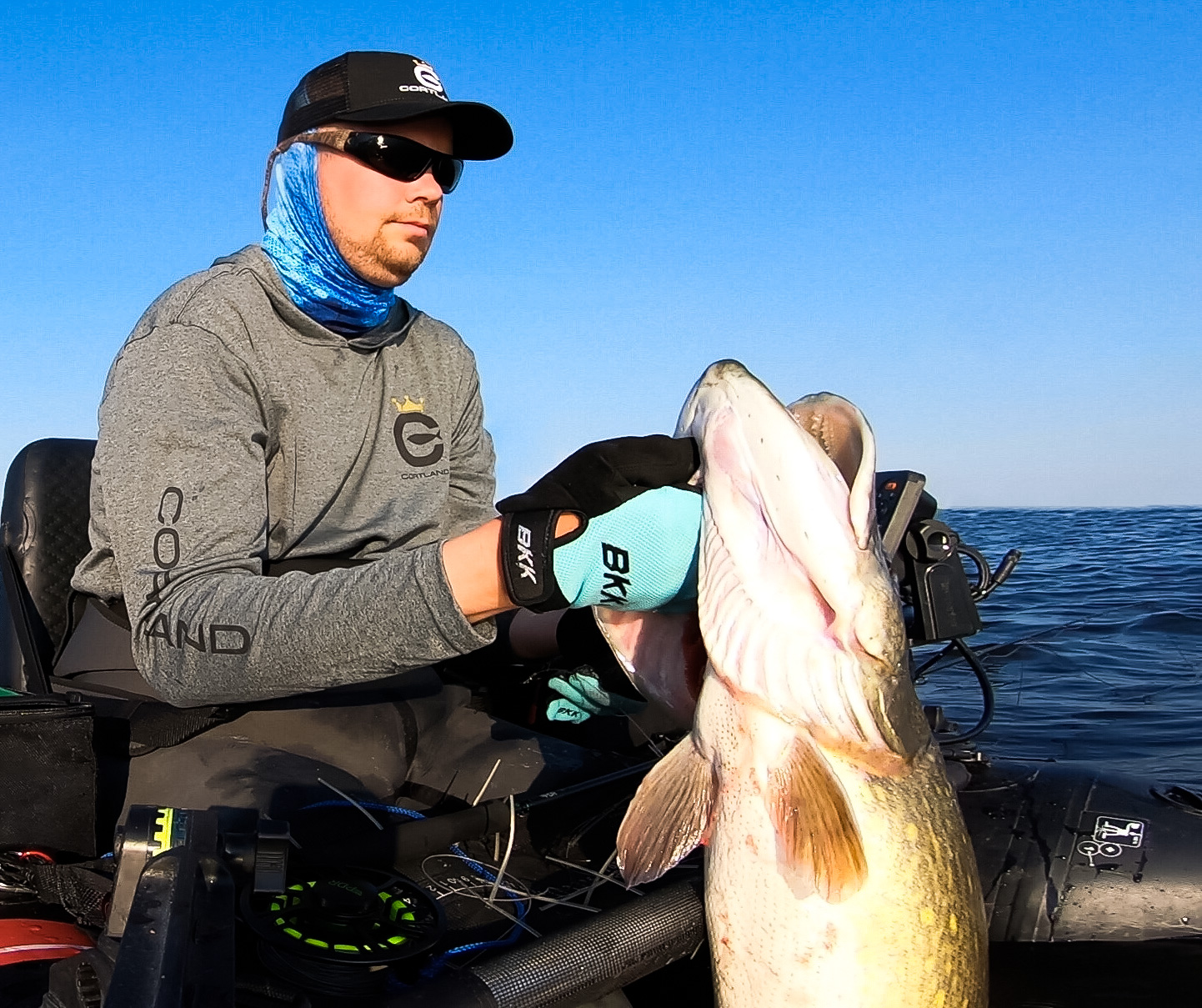 One of the greatest fisheries there is. Often Summer Pike Fly-Fishing is described this way, and so I can recall. Fly-Fishing for Summer Pike can be absolute crazy. The fish are in Top condition and fight like nothing else you’ve ever seen before. The fishing can be done at all layers of the water, but especially the shallows are hot this time of year! Recently I’ve switched to a new fly-line company, Cortland Line Company and this article is about their amazing fly-lines!

For those who haven’t heard of the Cortland Line Company before, you have been truly missing out. Cortland’s Fly Lines have been around for ages, in fact since 1915, and it’s been one heck of a journey since then. These days the company covers the entire spectrum of modern days fly-fishing, and it is exactly that that makes it such a great brand. Back in the days of my early childhood, I’ve already fished their famous 444 lines for Trout, and what always stayed in my mind was the absolute slickness of the lines themselves. There is basically no other fly-line company out there that produces such smooth casting lines as Cortland does, and that makes it really special.

You can truly feel when casting the lines on a heavy setup, that especially when it comes to casting large flies, such as 10” Deceivers or triple swim flies that the lines really want to shoot and push your fly where you want to have it. The slickness of the line itself is something out of this world, and that’s an understatement. Which, in this case is also the reason why I’ve made the switch to this company. The fly-lines cast really smoothly, its almost like you have a direct connection with the fly, and when a Big Predator hits your fly, well, it doesn’t get any better than this! ”The best feeling there is, setting the hook on a Big Pike with a great line”

Quite recently I have had the privilege to test some ”unreleased” fly-lines from Cortland itself. Now, for those who are not familiar with the lines, they have an amazing lineup of lines specifically designed for your needs! When it comes to fishing for Esox, and especially the Pike & Muskies, Cortland Line Company has made a fly-line for just that. Their Pike / Musky Speciality Series is all you’ve ever wanted in a fly-line and more. Previously only available in DI8, NEW for this year of 2021 they are coming out with a whole new line series for the Pike & Musky enthusiasts!

The Pike / Musky Speciality Series will be updated with a DI 4 and Intermediate lineup, which is truly great news for those who’d like to target Big Esox on the fly in all water depths. Again these fly-lines are super slick, and they really cast like a dream. The Pike / Musky lines have a 30ft type 8 sinking head with Intermediate running line, each line is over-weighted to load rods deep and generate maximum power to deliver large flies. A 15ft handling section and slightly oversized running line aids in control and hook sets. You can really feel you are in control when casting this line, words can hardly do justice, but the fly-lines are a True Must Have! 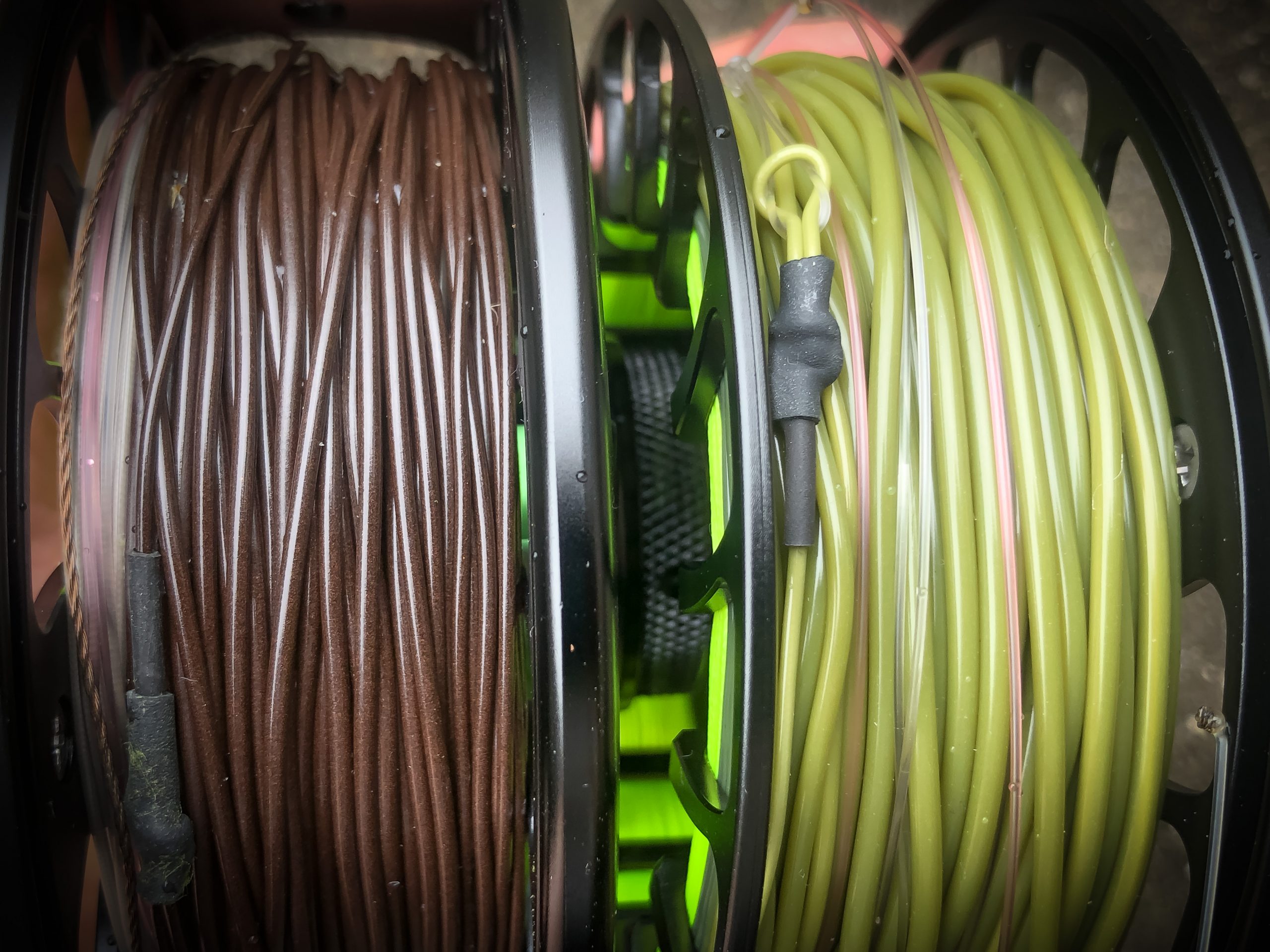 ”A Sneak peek of what’s coming. Left the DI 4, right the Intermediate”

I have been fishing enough fly-lines over the years to say that you won’t want to miss out on what’s coming! When it comes to sinking fly-lines, and especially the ones that include a sinking rate from DI 4 or more, it is usually the tungsten that’s included in the line itself to make it sink, which starts to take over after a while when fishing it. Cracks start appearing, and you literally feel the line becoming tough. Now, every fly-line will wear and tear eventually, but usually what happens when casting similar lines available is that directly out of the package you can already feel its stiffness. However, this is not the case with these lines, and that’s what like I said makes them so great! Watch out on this space for the official release date, and I’m sure you will love the lines just as much as I already do!

”A great specimen picked out of the weeds”