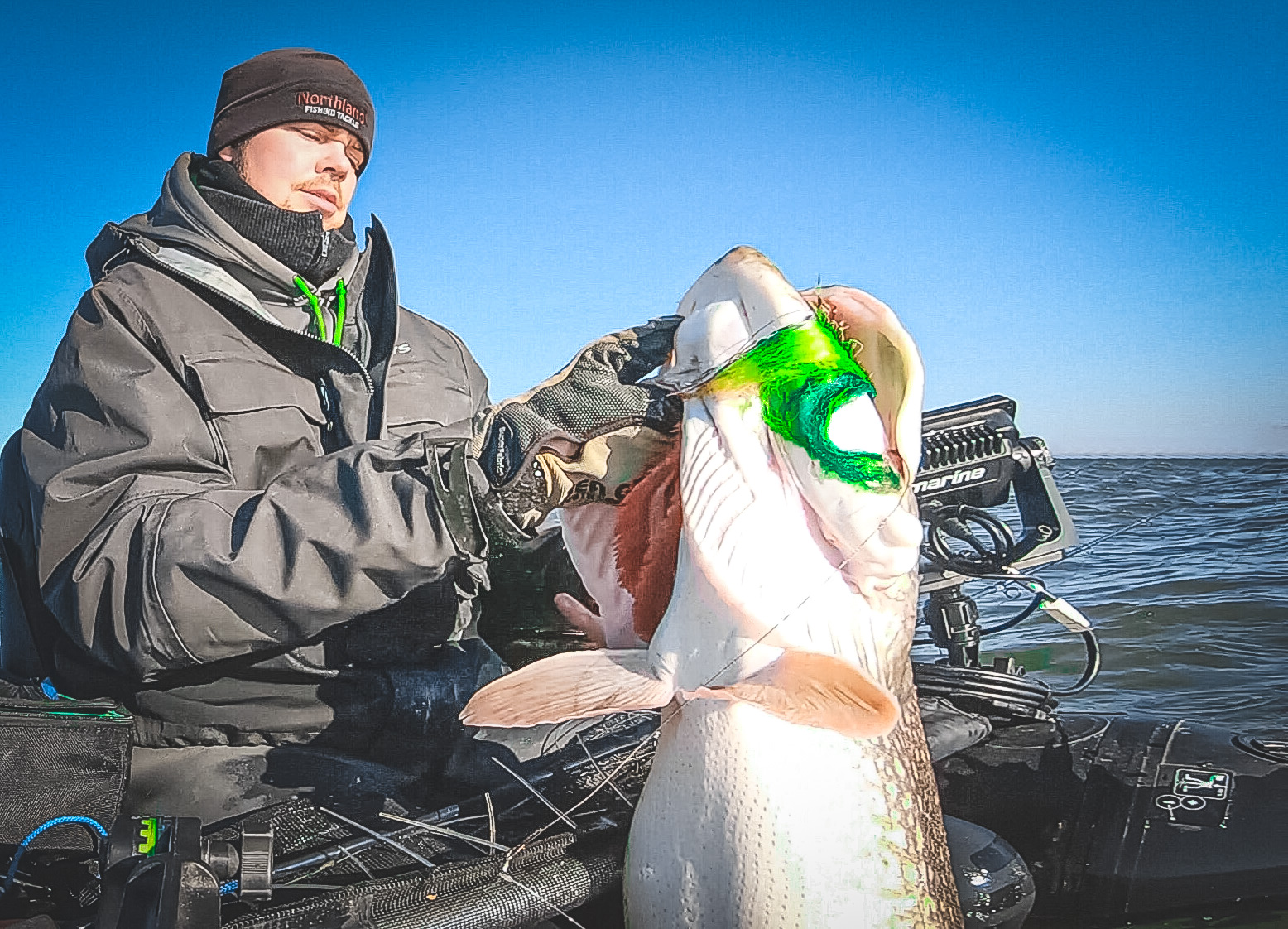 Catching Monster Pike on the Fly, its something we all want. Some crave for the bite, others for the experience. For me, it’s all about finding the missing pieces and linking them all up together! Nothing beats a session out of the float tube, belly boat, or whatever you want to call it, and finding an absolute Trophy fish on the end of your line. Primetime on the water at its very best!

Let’s talk about Pike on the Fly in this article, and what better way to target one than fishing from a float tube. It’s the ultimate experience of being close to nature and experiencing everything the water has to offer at its very best. Every season is different, but it all comes together in the spring. Catching Giant Gators on the fly is something that’s very realistic if you are at the right place at the right time. But isn’t that something that makes the world go round right? When it comes to fly-fishing for Pike I’ve been using 2D sonar for a very long time, and however that gave me great experiences on the water, there was always a missing link. Everything has changed so much these days with modern technology and that is exactly what this article is all about. Finding Big Fish on Structure with the help of Navionics Relief Shading on a Platinum+ map and your sonar! 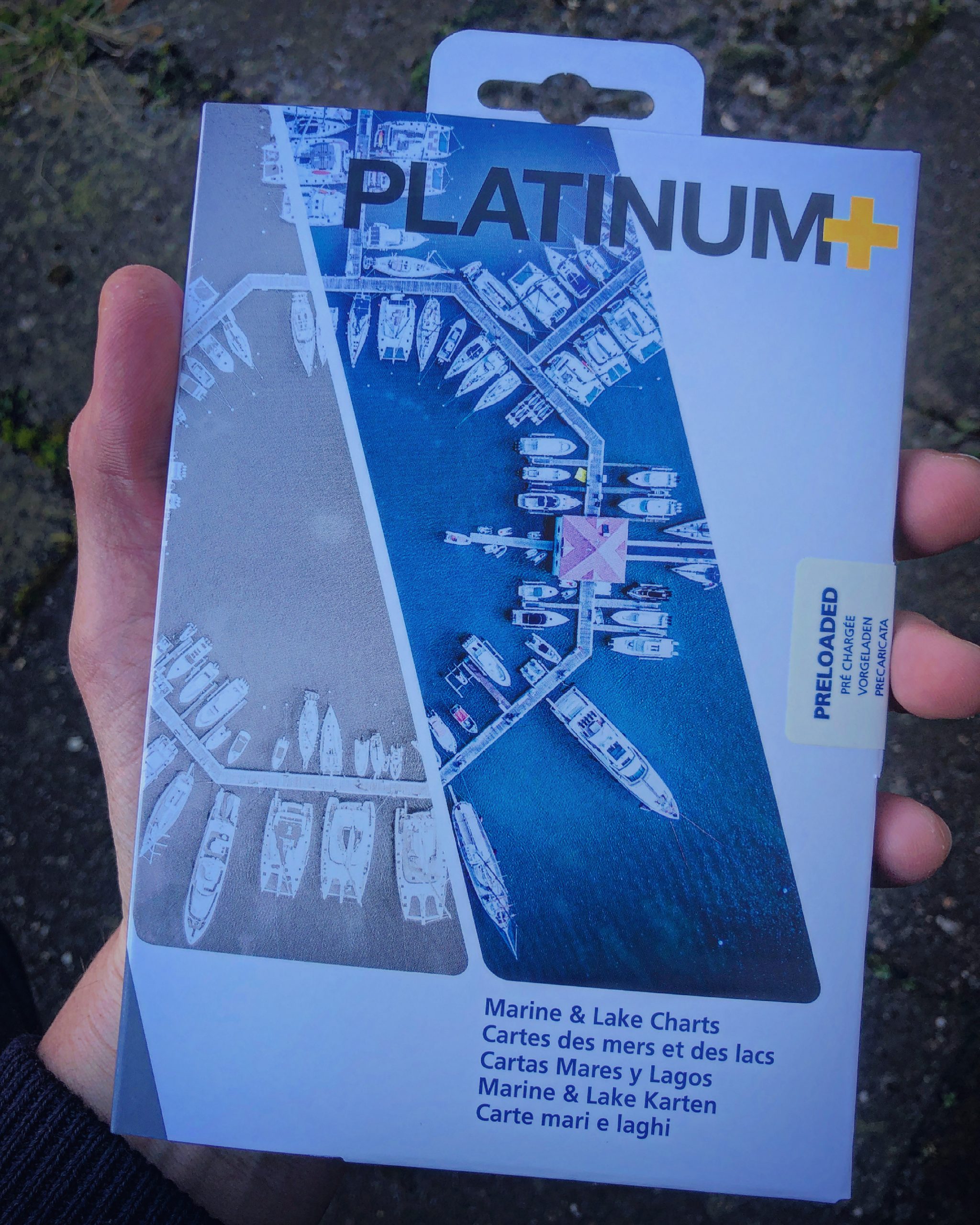 These days my setup consists of a simple fish finder. I own many and different brands but for fishing from my belly boat I’m currently using the Raymarine Element 7 with great satisfaction. Not only is this fish finder highly reliable, but it is also very convenient on its power draw and the simplicity it offers me on the water is second to none. I use it in combination with a Powerymax PX10 Lithium Battery and this enables me to fish all day! Especially when fishing from a float tube you want to carry as less gear with you as possible and the handiness of the Raymarine Element in combo with the super lightweight and above all small battery makes it a joy to be out on the water. And also, seeing fish on the sonar before has never been so easy! 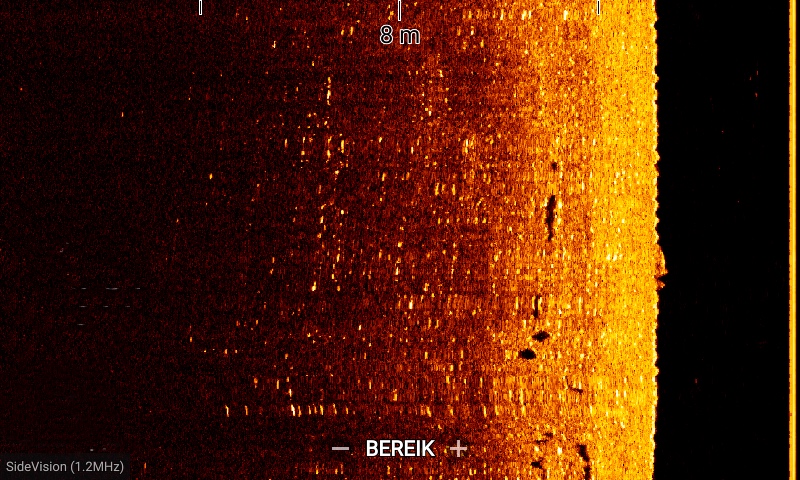 But the main reason for this article has to be the amazing Navionics Relief Shading. Over the past few months of using it everything became suddenly so clear. Usually, what happens when you are fishing, and you’ll find an edge that happens to produce fish time after time, you’ll set a set of waypoints and that creates a pattern on which you can continue to fish every single time, no matter what body of water you are on. These days however with the new Relief Shading you can truly see what’s going on down below and make serious progression in finding Big fish, but not only that, also in the search of catching them. Everything suddenly has become very clear. When you are fishing from the float tube you often find yourself in secluded areas. It’s not a really fast way of targeting any body of water but it’s highly effective. The reason why it’s so effective is that you can position yourself on an edge, unlike anything you will ever be able to do. In one eye sight it shows you everything whats going on down below! 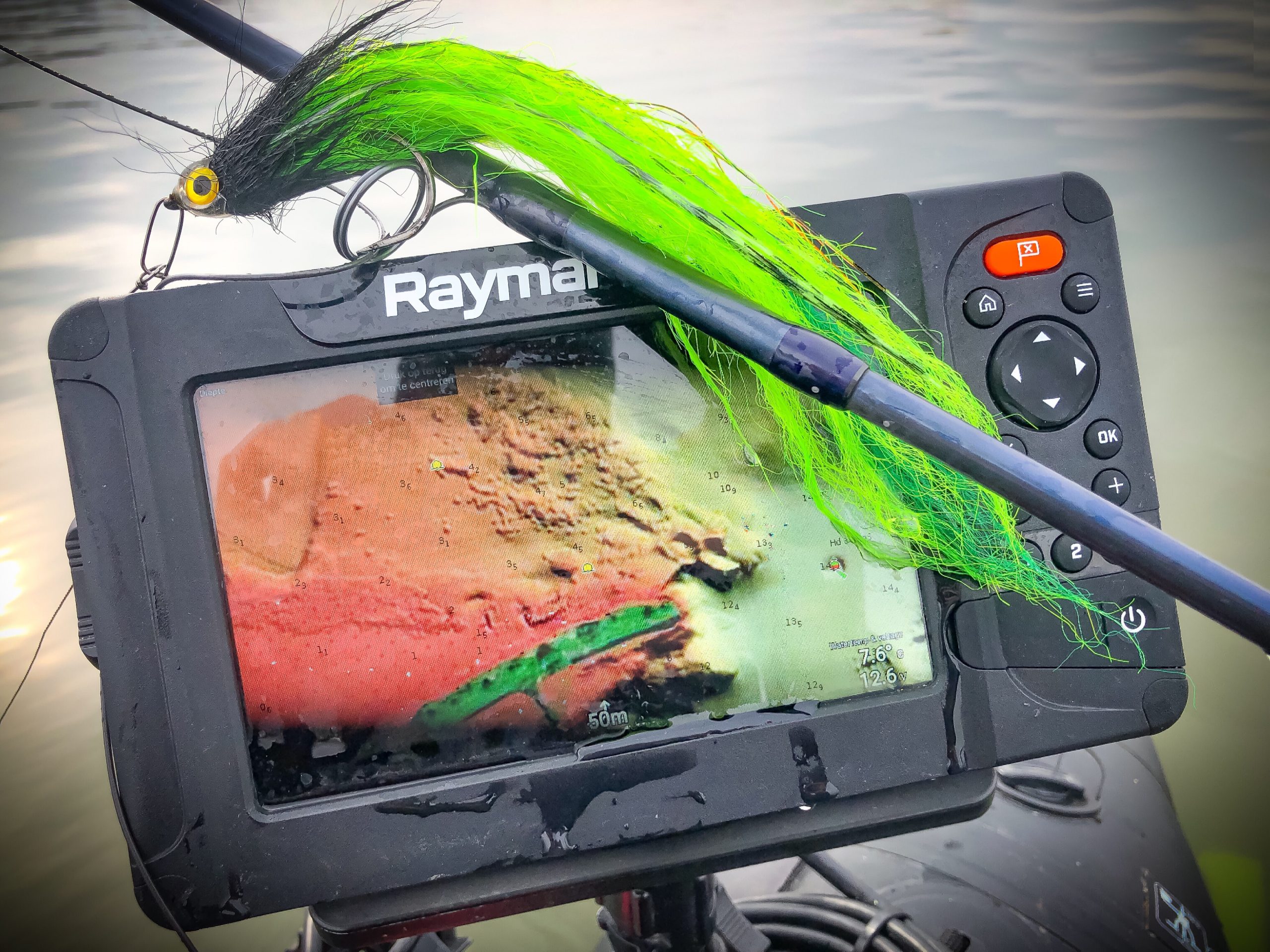 As you can see from the picture above, the Raymarine Element 7 is a perfect tool for displaying this beautiful water map. The Navionics Relief Shading is without a doubt a MUST-have for any serious angler out there. But also when you are starting out new, and if you don’t have much Big water experience this can be an absolute game-changer. What you see in the picture above is an edge, in fact, many edges, and it is on these key areas that you will find Trophy Northern Pike!

The ting is in the picture above you can clearly see, well everything? The red zone marks the shallows, in this case, a long plateau that drops off in deeper water. The green stretch is the shore. The darker red everything is, the shallower it will be. When you’re fishing with the fly you want to find those transition zones of where the bigger fish are hiding. In the middle of the picture is where everything gets fascinating! You can suddenly see many rough edges that form some kind of flock together. In the right lower corner is deeper water. This key area is truly a Big Fish holding area. You would never notice if you didn’t have the Navionics Relief Shading on a Platinum+ map on your sonar.

Traditional SonarChart Live only shows so much, but this newer feature basically shows it all. Now you can really target key areas and finding them fast with the help of a great fish finder such as the Raymarine Element 7. Functionality is key here! 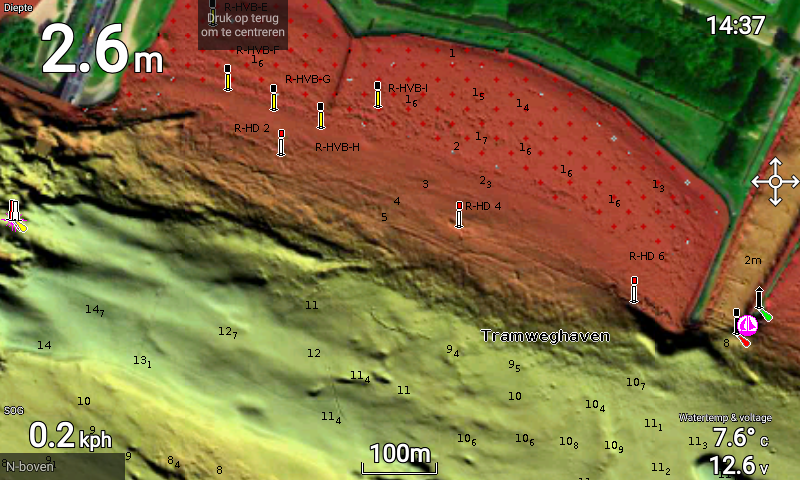 The above picture shows some interesting structures. This happens to be on a large Dutch lake, so the depth is shown in meters instead of feet. Again you can clearly see the shallow area. What’s particularly interesting about this spot is that the shallows aren’t just a flat boring zone. You can actually see many humps on the bottom, on which every single one can hold fish. In the left upper corner, you can see a steep drop. The ”dark zone” actually shows this perfectly. A dark edge means a steep drop. A lower edge will be shown underneath the buoys in the middle where everything drops steadily. I personally wouldn’t really target this area unless it’s a preseason fishery where the Pike might migrate up and towards the shallow from the deeper area below.

What I would really do first is targeting the darker zones where there is a steeper drop. The steeper the drop, the more fish it will hold because this provides cover for the fish to hide on. It also a great zone for Big Predators to roam and find prey. All in all, you can truly see so much more in just single eyesight than you have ever been able to before. You don’t have to second guess that having foreknowledge like this will pay off BIG one time right? Small things like these make the difference. Such as the difference it makes when I caught the absolute beast in the cover shot. This fish came from a similar area that I’ve found with my Navionics Relief Shading on the Platinum+ Map, and it was one of the heaviest Pike I’ve ever caught, let alone having it caught from a floattube. I’m 6 ft tall, and Big guy, but I had to struggle not tipping over. This fish was a real Trophy and also the reason why I’ve spent so much time on the water. But with great technology like this that helps you find key areas, well it makes it all worth it!!